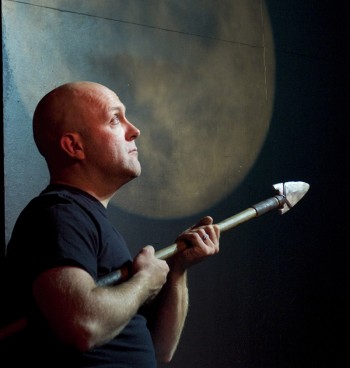 Chris Mayse is that rare item: a native of Las Vegas. Chris earned his BA in Theatre Arts (Acting/Directing emphasis), from Southern Utah University (home to the Utah Shakespearean Festival, where he got extensive experience in the wearing of a dance belt…. trust me, you don’t want to know what that’s all about…or, do you…?) Chris later received his MFA from the Professional Actor Training Program at Ohio University.

He has worked professionally for the past 17 years…yes, 17 years! As an actor, Chris has performed with such companies as Utah Shakes, Milwaukee Rep, Steppenwolf, Montana Rep, Tacoma Actors Guild, Bellevue Civic Theatre…and the list goes on; having played roles ranging from Lloyd in NOISES OFF, Tito in LEND ME A TENOR, El Gallo in THE FANTASTICKS, and Stanley in STREETCAR NAMED DESIRE (big surprise, eh?!) He is also an accomplished director, having received a Footlight Award from the Seattle Times for his production of “The Memory of Water”, and a Directorial Achievement Award from the American College Theatre Festival many moons ago.

Chris is also a designer, educator, dialect coach, fight choreographer, and theatrical administrator; currently serving as Show Supervisor for Madame Tussauds Las Vegas (he sees wax people!), and as Artistic Director for the Atlas Theatre Ensemble (which recently was named ‘Vegas’ Best Theatre Company’ by the Las Vegas Weekly). He wants to take this opportunity to thank all of those who have supported and encouraged him over his many years in the business (his folks, his family, his friends, his Cavewoman, and the list goes on- you know who you are!) Lastly, he wants to thank YOU! Now, I know we haven’t been formally introduced. But, without you, DEFENDING THE CAVEMAN would be just one big rehearsal. Thank you for supporting the magic and the power of live performance…Cheesy? Maybe…but…look at me…it’s true! Ok…I’m done!