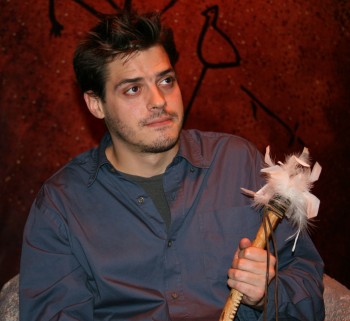 Paul moved to New York City recently after spending several successful years in Chicago theater and commercial work. Born in Little Rock, Arkansas, Paul has performed in theaters and comedy clubs all over the country. Words cannot describe how excited he is to be performing and touring Defending the Cavemen.

Paul has also appeared in a variety of commercials, industrials, and films; most recently a web industrial for Tyson Foods, and an independent short film entitled “SUGAR” released in Oct., ‘07 (with yet another fellow “Caveman,” Chris “Sully” Sullivan).

Paul received his BA from the University of Arkansas at Fayetteville. He also studied the classics at the Victory Gardens Theatre.